PM Modi’s recent visit to Jaipur has released shock waves in the opposition party members including Sachin Pilot and the frenzy is visible. The Congress leader recently came to the fore to take a jibe on CM Raje. He blamed her for not speaking on rape incidents. Sachin pilot on Rape

Shocked and horrified with this news.
With a woman CM in Rajasthan it's even more tragic that rape and atrocities have become a everyday occurrence. https://t.co/55sSSodnDV

As usual, he opted for a relevant topic but just that, his point of objection sounded baseless. Should you ask why? Sachin pilot on Rape

Firstly, rape and atrocities is a big issue. It is beyond the clutches of attaining political attention and it needs to be understood. Throwing big statements about such issues for gaining political advantages helps no one, but only fuels motivation in sinners to continue doing such heinous crimes.

Glorious Past?  Sachin pilot on Rape

Secondly, now that he has chosen to speak about the topic, should he be drawn towards a fact – the fact that his own party men are sulking behind the bars for committing rapes and subjecting innocent women to unbelievable atrocities in their glorious past (or so they claim).

It is the Human, above all! Sachin pilot on Rape

Thirdly, isn’t it a humane heart which swells with grief on seeing such instances? It is. What has it got to do with a women CM or a male CM? A CM is a CM and a rape is a rape. Rape is a fail at humanity. It is irrelevant to gender. Gender has clearly no nexus with addressing such issues. Questioning CM for not taking action despite being a female CM is an absurd statement. However, if he said so in light of his party chief Ashok Gehlot’s connection with such activities, it is still tenable.

Progress speaks for itself! Sachin pilot on Rape

Fourthly, why is someone forgetting that the atrocities against women lay down by 10%, for the first time under the proactive governance of CM Raje? In 2016, Police claimed that its mass arrest drives across the state resulted in the decrease in crimes against women by 9.55%. A basket of women-empowering and safety measures have been put in place. Abhay Command Centres are on the roll and increasing presence of policewomen on roads, among various other changes are making a difference.

Rapes and atrocities against women are ghastly crimes, rooted in the immorality and sadistic attitude of society but instead of making it a political gimmick, let’s just be human! Addressing such issues and nipping it in the bud is more important. Giving it wings on social media for creating a self-benefitting rage is only belittling the women victims and emcouraging the felons for being sordid. 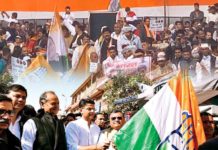 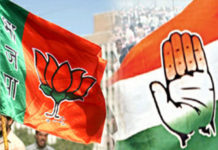 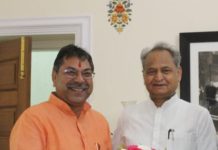 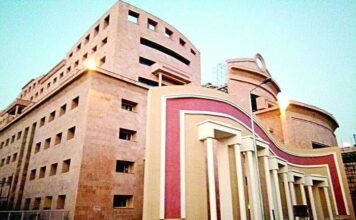