Prime Minister Narendra Modi addressed rally in Jaipur, Rajasthan on 7th July. This rally gathered more than 2.5 lac people including the beneficiaries of various central and state-run public welfare schemes. This event was the official launch of Bharatiya Janata Party’s (BJP’s) campaign for the upcoming Rajasthan assembly in December. This rally also aimed at seeking feedback from the beneficiaries of various welfare schemes. Modis projects for Rajasthan

This rally would be a turning point for upcoming elections as PM directly talked to the people of Rajasthan. Apart from meeting beneficiaries of schemes, PM also inaugurated 13 urban infrastructure projects worth ₹ 2,100 crore in Rajasthan. Called as ‘Pradhan Mantri Jansanwad programme’, the event was held at Amrudoon ka Bagh in Jaipur. Know more.

In this visit, Narendra Modi laid the foundation stone for projects by pressing the button. The projects include Integrated Infrastructure package for the walled city of Udaipur, Water Supply and Sewerage projects for Ajmer, Bhilwara, Bikaner, Mount Abu, Hanumangarh, Sikar, Elevated Road Project for Ajmer, Upgradation of STPs in Dholpur, Nagaur, Alwar, Jodhpur. It also included foundation laying at Bundi, Ajmer and Bikaner under Pradhan Mantri Shehari Awas Yojna. These projects are meant to make Rajasthan the smarter state.

Know what PM said at the event

PM Modi felt extremely proud on his visit to Jaipur as he called the state the land of the brave and saluted it. He appreciated Rajasthan as it inspired people from all over the country. He also felt wonderful after hearing the experiences of beneficiaries. PM also applauded the efforts and hardwork of CM Vasundhara Raje that lead Rajasthan on to the path of progress. She has changed the work culture in the state.

He also reaffirmed to create a developed Rajasthan. In the event, PM talked about MSP hike in crops, progress of Barmer refinery and Swachh Bharat yojana. He also hit out at the Congress calling it ‘Bail-gadi’ as many leaders are on bail. He also said that there is only one agenda of BJP i.e. Vikas, Vikas, Vikas (development). Modis projects for Rajasthan 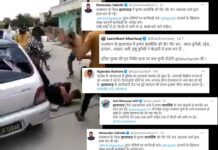 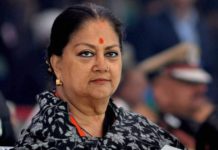